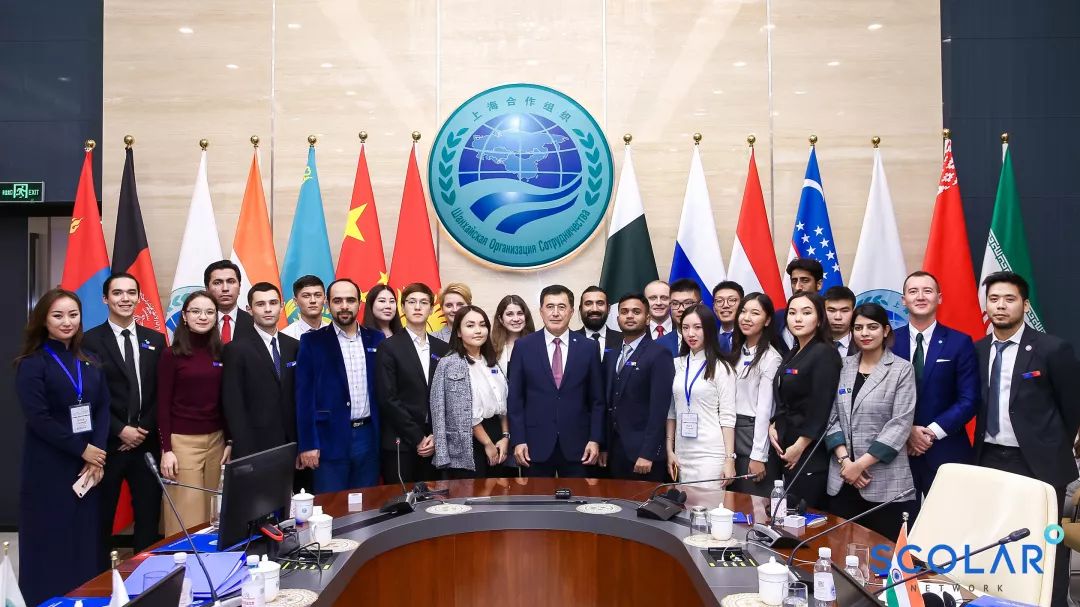 On November 9, 2019, SCOLAR Network with the support of the SCO Secretariat held the IV “Model SCO” Youth Conference in SCO Secretariat in Beijing. The topic of the conference was “The Development of E-trade and Digital Economy”. The conference was attended by 22 delegates, representatives of 8 SCO member states and 4 observer states. The meeting was chaired by participants from the Russian Federation.
During the opening ceremony, Deputy Secretary-General of SCO Sherali Jonon noted that Model SCO became a very valuable platform for young people, uniting youth representatives of the SCO Family countries around common goals and objectives.
The participants of the meeting highlighted the importance of developing the digital economy and e-commerce in the SCO region. The delegates noted crucial steps already taken by the SCO countries in the development of e-commerce. For instance, during the Summit of The Heads of State Council on June 14, 2019, in Bishkek, the concept of cooperation of the member states of the Shanghai Cooperation Organization in the field of digitalization and information and communication technologies was adopted. That in turn resulted in the passage of the Program of multilateral trade and economic cooperation of the SCO member states at the Summit of The SCO Heads of Government Council in Tashkent on November 2nd, 2019.
During the conference, youth representatives took the initiative to create a common digital space, a single scientific and educational platform and the SCO information security center, considered the prospects of creating a SCO cryptocurrency on the blockchain system and combining the existing leading payment gateways of the SCO countries, as well as agreed to conduct training sessions and exchange experience.
During the closing of the conference, SCO Secretary-General Vladimir Norov noted a high-level preparation and excellent performance of each of the delegates, highlighting some of the ideas proposed by the participants. The Secretary-General mentioned that the proposals of the delegates coincide with the program laid down by the leaders of the SCO Member-States and invited young people to summarize all the proposed ideas and prepare a report on the development of e-commerce in the SCO countries. He stressed that “SCO will always support any positive initiatives of the youth. The experience of the “Model SCO” should be spread throughout the whole region of the organization”.