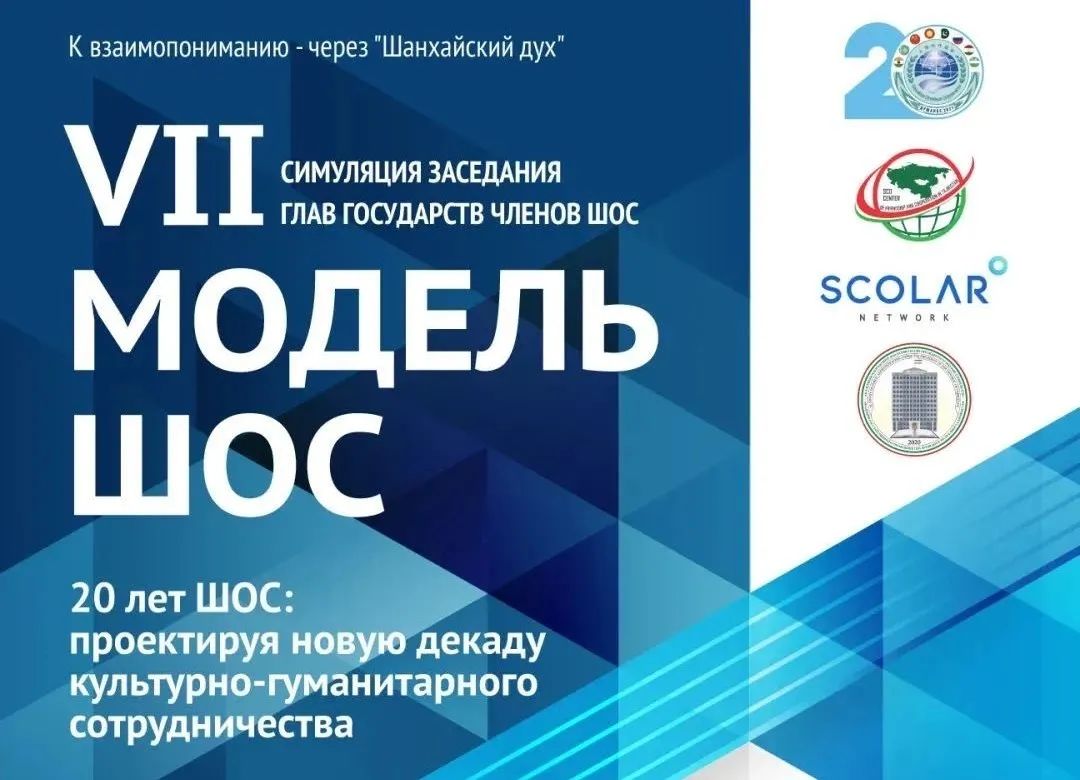 On 24 May, VII Model SCO interactive game took place in Dushanbe, organized by the SCO Centre for Friendship and Cooperation in Tajikistan, SCO Secretariat, and SCOLAR Network.

During his welcoming remarks, SCO Secretary-General Vladimir Norov noted the symbolic nature of holding the Model SCO interactive game in the Republic of Tajikistan during its SCO chairmanship. Over a period of the 20 years of its existence, the SCO has managed to build one of the world’s largest systems for successfully merging national and regional interests in various development fields, as well as diverse regional cooperation focusing on guarantees of political stability, strengthening security, expanding economic cooperation, joint development and people’s prosperity.

Mr Norov noted that, during the current SCO chairmanship by the Republic of Tajikistan, large-scale work was underway to further strengthen diverse and mutually beneficial security and economic cooperation. Substantial attention is being devoted to expanding cultural and humanitarian ties, inter-cultural exchanges and cooperation between young people. An outstanding example is the SCO Centre for Friendship and Cooperation in Tajikistan, that was opened on the initiative of President of the Republic of Tajikistan Emomali Rahmon.

The SCO Secretary-General emphasized that the SCO Model interactive game will allow students to gain an insight into the Organisation’s goals and tasks, formalized in its Charter, as well as the principles of the Shanghai Spirit embodying mutual trust, mutual benefits, equality, consultations, respect for cultural diversity and striving for joint development.

Addressing the delegates, Mr Norov expressed hope that the newly-acquired skills will help them in their future professional activities, and that they will allow them to effectively defend the interests of Tajikistan and the entire SCO region on the international scene.

Doctor of Political Science, Former SCO Secretary-General Rashid Alimov noted that the subject of cultural-humanitarian cooperation was among the most difficult and topical items of the agenda. He noted the symbolic nature of holding the anniversary Summit in Dushanbe where the foundation for the establishment of the SCO was laid in 2000. Mr. Alimov wished good luck to the SCO Model’s delegates and insightful remarks aiming to strengthen cooperation and the “Shanghai Spirit”.

Abdukhalil Gafurzoda, Director of the SCO Centre for Friendship and Cooperation in Tajikistan, thanked the SCO Secretariat, Vladimir Norov and Rashid Alimov for supporting the event. He congratulated delegates on their SCO Model debut and noted the symbolic nature of holding the event during the Youth Days in Tajikistan. Mr Gafurzoda voiced plans for further expanding youth projects and noted that the Centre was always open for cooperation with partners and friendly organisations.

It took delegates representing seven universities and nine countries and the SCO Secretariat four hours to discuss the joint declaration. They suggested various initiatives, including the establishment of a regional foundation to protect the cultural heritage that would also help modernise and restore historical landmarks. They also recommended setting up an SCO television channel and an expert group for coordinating research and practical eco-tourism activities and made some other suggestions.

Shahnoza Ruzadorova, a delegate from Pakistan, noted that, as a student specialising in foreign affairs, she had acquired substantial experience during the game. This means a new format of work and new friends, with whom it was very interesting to work in a team. Mahina Ikromova, a delegate from Tajikistan, said every participant had obtained tremendous experience for self-development and a career boost. Nargisa Nasrullozoda representing China noted that the SCO Model was a unique opportunity to overcome stage fright and to move one step closer towards becoming a diplomat.

The following delegates won the MSCO: