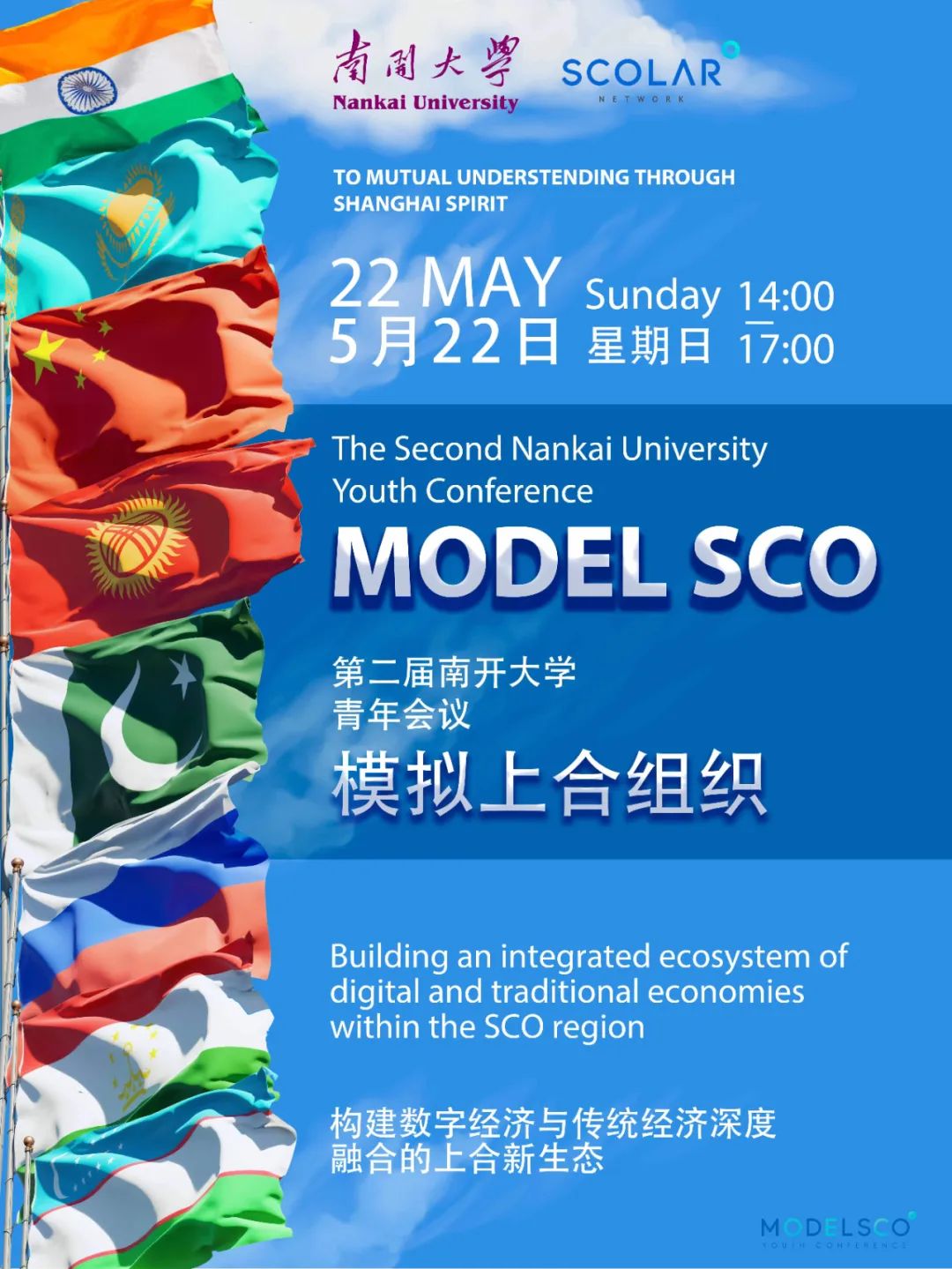 At the beginning of the conference, Zhang Ning, the deputy director of the Office of International Affairs of Nankai University, delivered a speech that reviewed the cooperation achievements of the SCO since its establishment 21 years ago. He pointed out that the digital economy is essential for the SCO’s future development and expressed his expectation for the conference. Victoria Khu, president of SCOLAR Network, also delivered a speech, recalling the development of the previous Model SCO sessions. She has acknowledged the delegates’ hard work within the 1.5-month preparation for the conference with three training workshops, drafting and editing position papers and preparing the declaration. She wished the delegates luck and consensus in further discussion.

During the formal session, under the moderation of the rotating chair country Uzbekistan, 14 delegations delivered their speeches. Delegates expressed their vision on the topic and offered constructive ideas on promoting integration between the digital economy and the traditional economy, including recognizing the role of digital elements in production activities that enhance productivity, importance to the big data, and establishment of a digital information-sharing platform. The delegations have also shared ideas to set up a unique SCO structure agency to strengthen cooperation among member states. Among other initiatives, they proposed a shared security system to guarantee the development of the digital economy.

After the speeches, the delegates discussed the Joint Declaration content, including ideas from the member-state delegations. At the end of the conference, the representatives reached a consensus on establishing the SCO data cooperation platform, supporting high-tech talents, and strengthening cooperation within the shared security ecosystem. The final Joint Declaration was created based on the principles of the “Shanghai Spirit”, namely mutual trust, mutual benefit, equality, consultation, respect for cultural diversity, and desire for common development.

Thanks to the members of the organizing committee for their hard work. The successful conference embodies your contributions!

During the conference, as a delegate of the Secretariat, I mainly assisted the chair country in writing the draft declaration, which required timely communication with the chair delegation and other delegations. It is a training exercise for me. Writing of the position paper and the draft declaration provided me with a better understanding of the current situation of the SCO and the problems it faces. We had a clear division of work during the declaration draft process, leading to high efficiency. I want to thank the chair country and my partner delegate of the Secretariat. Everyone performed excellently.

Through the Model SCO activity, I have a deeper understanding of the writing of the position paper and the Joint Declaration and more excellent knowledge of the SCO. The training workshops allowed me to clearly understand each part of the procedure so I could participate more calmly and confidently in the formal opening speech, declaration writing, and other parts. My communication and understanding with my teammates improved significantly during the conference.