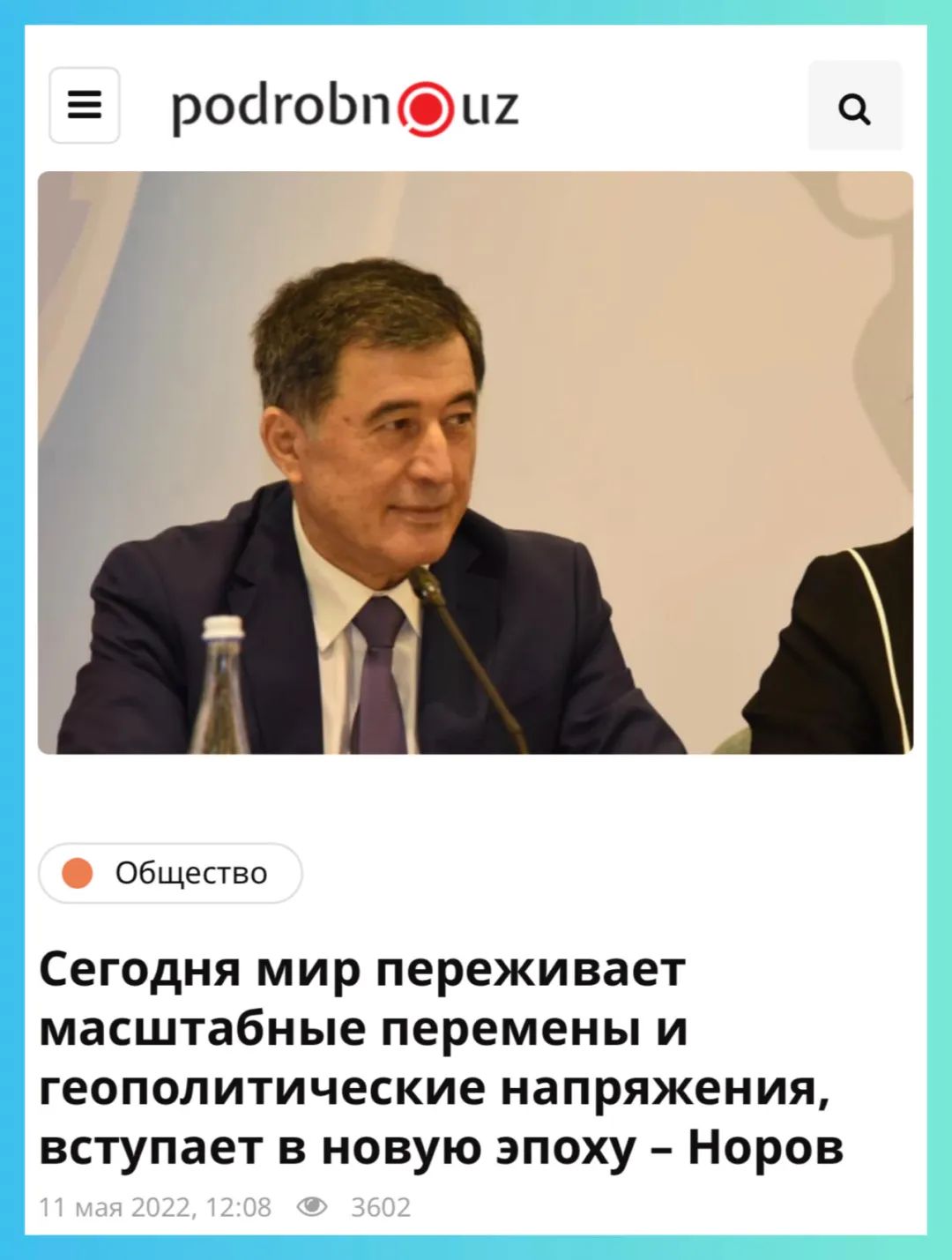 “In these conditions, the Shanghai Cooperation Organization, relying on the unique principles of the “Shanghai Spirit”, makes a worthy contribution to strengthening the polycentric world order, based on international law, multilateralism and indivisible security. At the same time, the member states recognize the important role of Central Asia in the prosperity and development within the SCO region,” he said.

According to the diplomat, the Central Asian region, the core of the SCO, has been at the crossroads of several civilizations and religious cultures for centuries. The atmosphere of tolerance formed here has contributed to the peaceful coexistence of representatives of different peoples and religions.

Recently, Uzbekistan, having strengthened trusting relations and open dialogue with the region’s countries, has reached a mutual understanding on resolving most of the topical bilateral and regional issues based on trust and considering each other’s interests. The mechanism of interstate dialogue and cooperation – Consultative Meetings of the Heads of States of Central Asia has proven to be effective for maintaining friendly and good neighborly relations in our region,” he said.

Norov added that the SCO actively and consistently promotes the development of dialogue among civilizations and builds bridges between peoples with different cultures and traditions. The Organization effectively contributes to restoring and enriching ties between our peoples formed on the Great Silk Road. It served as the region’s leading economic and spiritual artery for centuries and contributed to the growth of people’s well-being, rapprochement, and prosperity of regions and cultures.

In addition, he noted, the mechanisms of interaction of the SCO in the field of culture, education, tourism, youth and gender policy, the SCO international marathons, and the exhibition “Eight Wonders of the SCO” effectively contribute to the disclosure and promotion of the historical and cultural values of our countries.

“To develop public diplomacy in the SCO space, it is necessary to use the huge potential of the young generation of our countries. More than 800 million young people live in the SCO space. It is almost half of the youth population of the world. Young people need to be given the right directions and provided with conditions to develop their potential,” – considers the Head of the Ministry of Foreign Affairs of Uzbekistan.

The Joint Address of the heads of SCO for the Youth and its implementation program adopted at the initiative of Uzbekistan at the SCO Summit in Qingdao in 2018, as well as the Agreement on Youth Cooperation, signed at the initiative of Tajikistan, effectively help us to involve the younger generation in creating a worthy future, personal development, and creative potential.

To popularize the cultural diversity and rich tourism potential of the SCO, this year, Uzbekistan initiated the rotating status of the cultural and tourist capital of the SCO. This status will be granted to the Indian city of Varanasi for the first time.

“Highly appreciating the importance of enriching the conceptual foundations of the “SCO people’s diplomacy,” the head of Uzbekistan took the initiative to establish the institution of the “SCO Goodwill Ambassador.” Granting this honorary title to figures of culture, art, and science will play an important role in demonstrating the organization’s goals and objectives among the world’s general public, promoting its positive image in the international arena,” Vladimir Norov said.

The Minister also added that people’s diplomacy is crucial in modern society with its inherent openness and impartiality. Unlike state channels, scientists, artists, women and youth-led, and sports organizations participate without political restrictions. That is why Uzbekistan’s chairmanship prioritizes the further development of public diplomacy as a mechanism for strengthening mutual understanding, mutual respect, and trust between our countries by intensifying cultural and humanitarian relations.

“Along with today’s Forum, within the framework of the Uzbek chairmanship, a tourism forum, a meeting of the Youth Council, a forum of “smart cities,” a competition of “start-up” projects among young people, a women’s forum and sports competitions are planned to promote the expansion of intercultural ties in the space of the Organization. An important role in strengthening the dialogue among civilizations is assigned to non-governmental institutions, friendship societies, and other institutions of civil society,” the diplomat said.

Disclaimer: the English translation is conducted by SCOLAR.